Although Digital currency has the name of “currency”, the vast majority of currency holders around the world regard it as an investment commodity, not a currency in circulation. Therefore, as an investment commodity, digital currency should be included in the supervision of securities. But in fact, due to the lack of relevant case law, there is currently a “regulatory vacuum” in the currency circle in many countries. Financial abuse and scams are most likely to breed in the vacuum of supervision, and the previous P2P thunderstorm originated from this. Therefore, since the end of last year, European and American countries have been emphasizing the high risks of the digital market, and at the same time continuously improving the supervision of the digital market. Since the slump in stablecoins in May, the SEC has once again reduced its trust in Digital Currency, hiring more regulators to investigate scams in the currency circle. 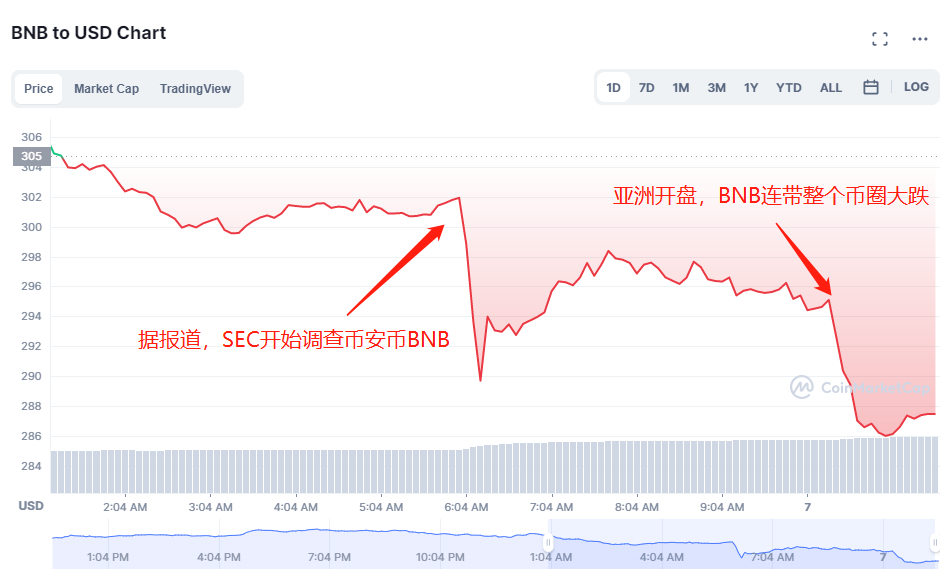 As ACY Securities has always argued, increased global regulation is the biggest bearish factor for the digital market. Just yesterday in the U.S. market, it was reported that the SEC is investigating the world’s fifth-largest digital currency, BNB, with the intent to determine whether the initial offering of BNB violated securities rules. To put it simply, it is to be included in the supervision of securities, and this undoubtedly sounded the alarm for the entire currency circle. Affected by this news, BNB was heavily sold during the US market session. At the subsequent opening in Asia, the price of BNB fell off a cliff again, causing a collective plunge in the entire Digital market.

In fact, this is not the first time the SEC has taken a shot at a large digital currency. Earlier this year, the SEC formally sued the parent company, also arguing that XRP should be included in the oversight of securities. In the current digital market, in addition to Bitcoin and Ethereum, which need to be obtained through “mining”, most of the other currencies are circulated to the market through “issued” by companies, including XRP and BNB. Investing in such digital currencies has greater financial risks, and the circulation is more likely to be artificially manipulated. The SEC’s recent tough stance, which represents the determination of the United States to strengthen such regulation, will undoubtedly continue to squeeze the bubble in the digital market. 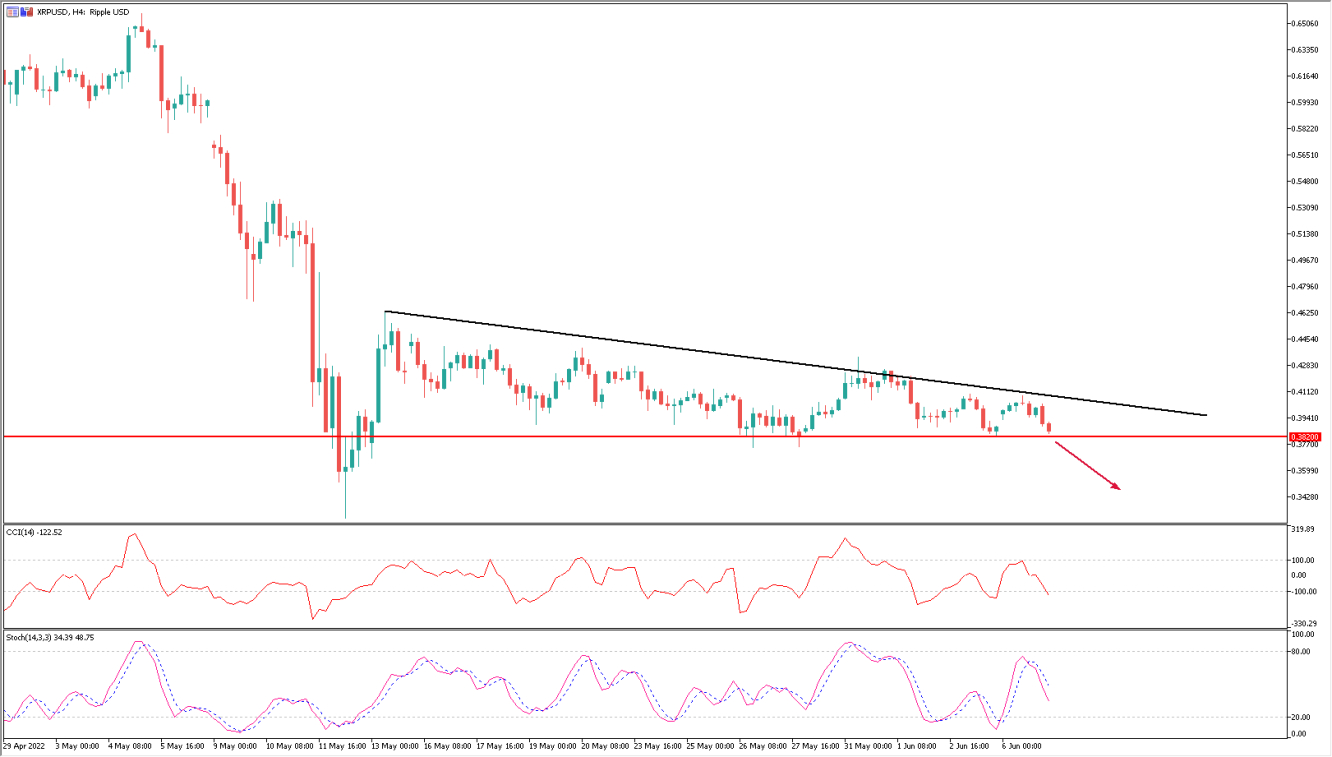 Judging from the four-hour chart of XRP, the price of XRP has once again reached the key horizontal support at 0.382 after a continuous sharp drop in the morning session. We’ve been saying lately that while the dollar is rising, it’s Digital Currency that’s under the most pressure. Judging from the performance of XRP, after May 12, the price did not rise with the Nasdaq, but began to oscillate and converge, forming a price quiet zone. It can be seen that the pressure above the price is sufficient, and XRP has a short-term and medium-term trading opportunity to follow. Breaking through the market can be matched with the bearish signal of the daily CCI trend indicator crossing the -100 line, and the take-profit signal can focus on the overbought golden cross pattern of the stochastic indicator. The support position below can be seen near 0.34-0.36. The upper resistance depends on the 0.4 integer mark.

The content of this article is provided by third parties. ACY Securities does not make any representations or warranties for the accuracy and completeness of the content in this article; ACY Securities does not assume any responsibility for investment losses caused by third-party suggestions, forecasts or other information. The content of this article does not constitute any investment advice and is not related to personal investment objectives, financial situation or needs. If in any doubt, please seek independent professional financial or tax advice.