A bear market typically sees a “capitulation event,” in which frustrated investors end up giving up their positions, and asset prices either consolidate or bottom out as money flows into the industry dwindle.

According to a recent report by Glassnode, longtime Bitcoin holders “Hodlers” are now the only ones left in the market, and they apparently doubled down on the price when the price fell below $30,000.

The lack of evidence of new buyers can be observed in the number of wallets with “non-zero accounts”, which has been flat over the past month, a phenomenon that also followed the cryptocurrency market sell-off in May 2021. 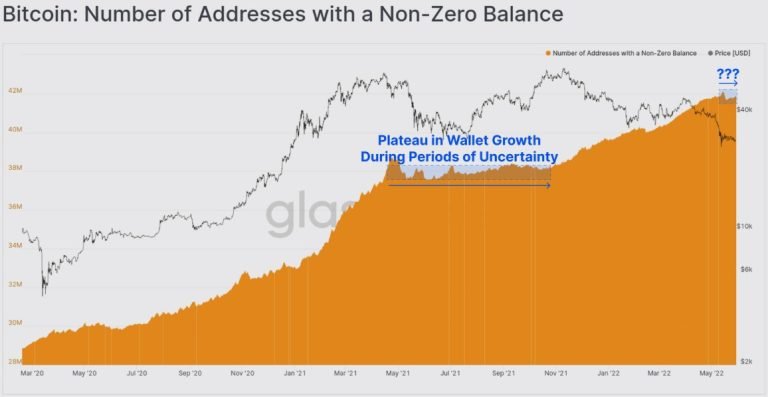 After the sell-off in March 2020 and November 2018, on-chain activity would then increase and the next round of the bull market would begin. However, this time is different. The recent sell-off has not yet led to new users entering the market. buy. Glassnode analysts say this means that the current activity is mostly driven by long-term holders.

While many investors are not interested in Bitcoin’s price moving sideways, contrarian investors see it as an opportunity to accumulate Bitcoin. This is evidenced by Bitcoin’s accumulated Trend Scores over the past two weeks, which returned to near-perfect levels above 0.9. According to Glassnode, high scores for this metric during bear trends are “usually triggered after a sharp price correction as investors’ psychology shifts from uncertainty to value accumulation”.

CryptoQuant CEO Ki Young Ju also noted that Bitcoin is currently in an accumulation phase, tweeting: “Why not buy?”

Entities with less than 100 bitcoins added 80,724 bitcoins during the recent volatility, which Glassnode noted is fairly close to the net 80,081 bitcoins liquidated by the LUNA Foundation. 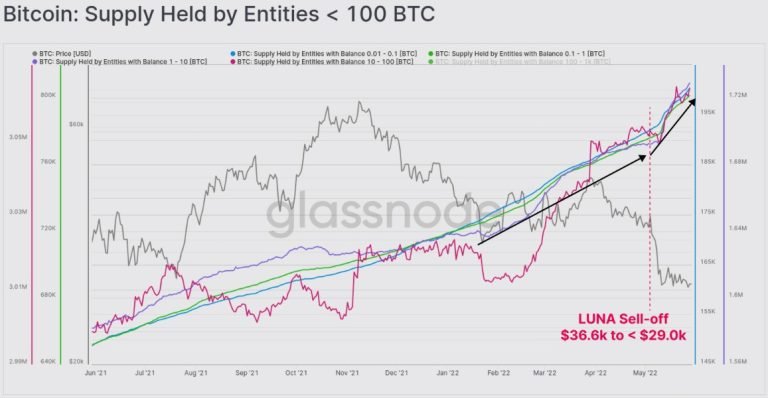 Additionally, long-term Bitcoin holders are clearly the main driver of the current price action, with some actively accumulating and some taking losses amid an average 27% drop. 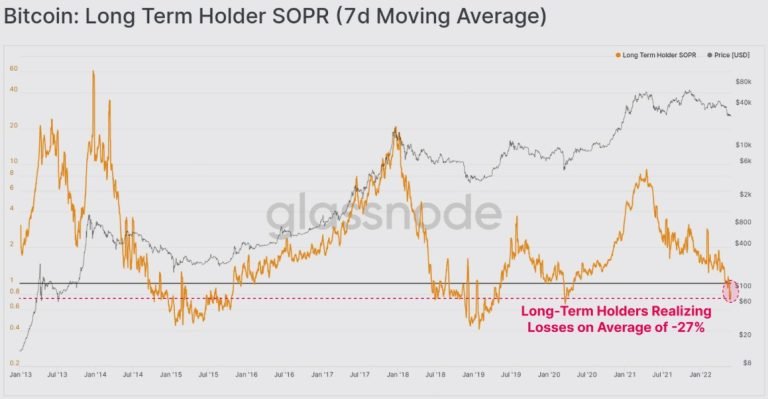 The total supply of these wallets recently recovered to an all-time high of 13.048 million BTC, despite some long-term holders also selling.

“Barring a significant token redistribution, we expect that supply metrics will start to climb over the next three to four months, indicating that long-term holders continue to buy and stock up to maintain supply,” Glassnode said.

The recent volatility may have washed some of the most dedicated bitcoin holders out of the market, but data shows that most serious holders are reluctant to reduce their holdings even if they are losing money now.