A lawyer has filed a class-action lawsuit in New York District Court alleging that Elon Musk, the world’s richest man, allegedly used his position as the richest man to operate and manipulate Dogecoin to conduct a Pyramid scheme for profit. Musk and his companies (Tesla and SpaceX) did not immediately respond to the above news, but Musk tweeted on the 19th that “I will continue to support Dogecoin”, and also responded to netizens’ messages “Then continue to buy.” The reply said he was still buying. 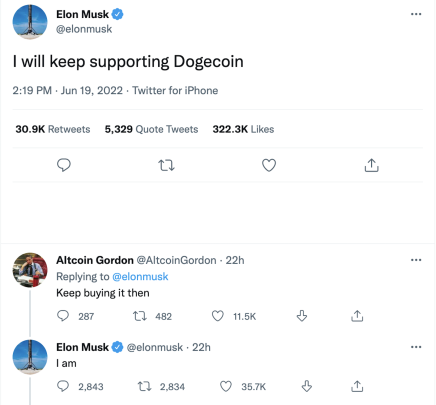 U.S. time last Thursday (16th), Evan Spencer Law attorney Keith Johnson filed a class action lawsuit in the New York District Court. In the indictment, the plaintiff, Keith Johnson, a U.S. citizen, claimed that Musk and his company used wire fraud, gambling Businesses, false advertising, fraudulent practices and other illegal practices that “unjustly earned” as much as $86 billion, “defendants falsely and deceitfully claimed that Dogecoin was a legitimate investment at a time when it was completely worthless.” Keith Johnson has accused Musk and his company of fraud, violating federal and state money-scam and gambling laws, and launched the class-action lawsuit on behalf of Dogecoin investors who have lost money since April 2019.

The lawsuit launched by Keith Johnson seeks $86 billion in damages, plus triple the amount he claims Dogecoin investors have lost since Musk began buying and promoting Dogecoin in 2019 $172 billion, resulting in a total of $258 billion in damages ultimately sought by representatives. The lawsuit also seeks a court order barring Musk and his company from promoting Dogecoin and its equivalent of gambling transactions.

The lawsuit, which the cryptocurrency community has called “absurd,” appears to have had no impact on Musk, whose price of Dogecoin jumped from $0.0519 to $0.0625 after his tweet. At the time, Dogecoin on the Binance platform reported $0.058, a 24-hour increase of more than 13%. 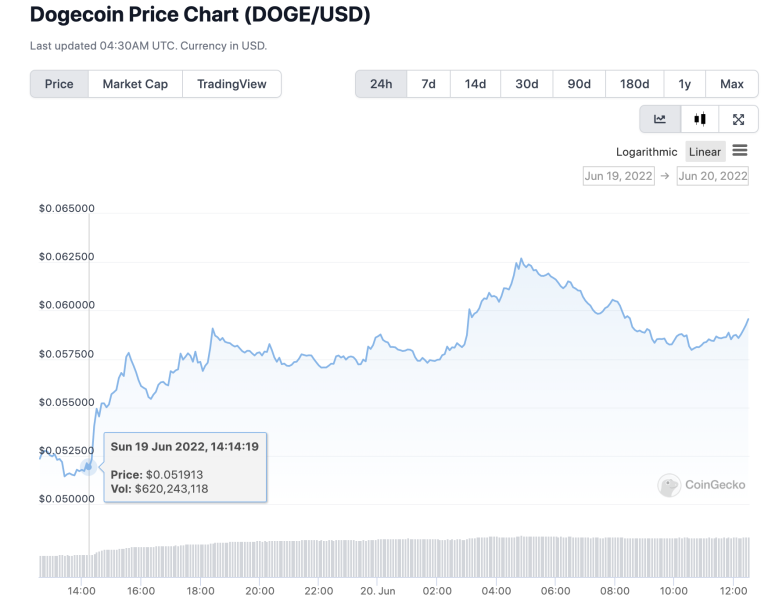 Disclaimer: All content and opinions in this article are for reference only and do not constitute investment advice. Investors should make their own decisions and transactions, and the author and blocker will not be responsible for the direct and indirect losses caused by investors’ transactions.

This article is not afraid of litigation storm Musk: Will continue to support Dogecoin, I am still buying first appeared on the blocker.