Since Compound launched “Lending as Mining” in June 2020, DeFi has become popular, and “Liquidity Mining” has been popular for nearly two years. Due to the increase in the activity volume on the chain driven by DeFi, the gas fee has been at a high level for a long time. When Curve issued its governance token in August 2020, with a gas price of 250 GWEI, a deposit transaction in Curve required a gas fee of about 0.3 ETH. Liquidity mining not only helped the cold start of the project, but also spawned a huge bubble. The market began to redefine the valuation of the project, and the prices of many DeFi leaders fell by 90% directly from the high point.

Although there is a new round of cryptocurrency bear market, the size of the DeFi market is a huge increase compared to 2 years ago. According to Defi Llama, TVL in DeFi applications was $128.65 billion as of May 31, 2022, an increase of about 116 times compared to $1.1 billion on May 31, 2020 two years ago; This is a decrease of 53.7% compared to $277.98 billion on December 3, 2021. In the past two years, top DeFi projects have established a brand moat, and at the same time, they have continued to innovate and iterate new versions to provide the market with better products.

Today, liquidity mining has become more rational. In the following, PANews will take stock of 10 early DeFi projects to see what their status quo is after the tide of liquidity mining recedes.

Uniswap was originally released in November 2018, and has consolidated its leading position through step-by-step innovation. From the very beginning, Uniswap V1 can only form a trading pair between ERC20 tokens and ETH, to Uniswap V2, which can provide exchange between any ERC20 tokens. Liquidity, now Uniswap V3 can customize the liquidity range and fee ratio.

The update of the V3 version further increased Uniswap’s market share to 74%. Previously, most DEX transaction fee ratios defaulted to 0.3%, while the fee ratio of centralized exchanges such as Binance was within 0.1%. Compared with centralized exchanges, DEXs did not have an advantage in terms of transaction fees. After the launch of Uniswap V3, traders can enjoy a lower handling fee ratio due to the ability to provide more concentrated liquidity near the market price, and liquidity providers’ capital utilization rate will be improved, and they will also get higher returns . 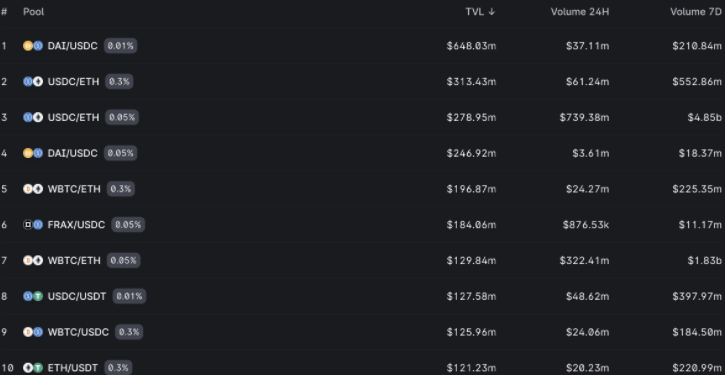 Taking the data on June 2 as an example, in the Uniswap V3 USDC/ETH trading pair, the USDC/ETH trading pair with a handling fee of 0.05% has a liquidity lower than 0.3%, but the trading volume of the former in the past 7 days is about the latter. 9 times of , and 0.05% liquidity providers can get higher transaction fees.

Released at the end of August 2020, Sushi is an early fork project of Uniswap, trying to seize the Uniswap market through vampire attacks without Uniswap launching a governance token. Users provide liquidity on Uniswap, and then pledge LP tokens to SushiSwap for liquidity mining. The APR of some trading pairs was once more than 1000%. After a period of time, this part of the liquidity is automatically withdrawn from Uniswap and deposited into Sushi. 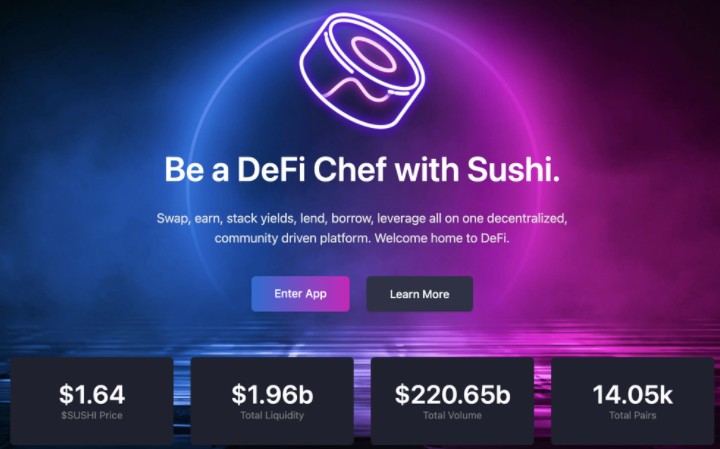 After Uniswap issued coins, Sushi gradually lost its advantage. Even though Sushi has expanded to more than a dozen chains and added Kashi’s lending and Miso’s IDO functions, it still lacks core competitiveness. Personnel changes have also been a destabilizing factor affecting Sushi. In September 2020, Sushi founder Chef Nomi handed over administrator rights; in September 2021, the anonymous leader 0xMaki also announced his official withdrawal. Defi Llama shows that Sushi’s liquidity is only $2.07 billion, down 70.6% from $7.04 billion on November 9, 2021. Trading volume of $3.93 billion in May this year was down 84.4% from the high of $25.2 billion in May last year.

Released in January 2020, Curve dominates the major stablecoin trading market. Due to the competition between Convex and similar projects and the rise of algorithmic stablecoins, “Curve War” requires all relevant market participants to purchase and pledge CRV, so as to control the issuance of CRV and attract more stablecoins to Curve. fluidity.

Uniswap V3 competes with Curve in the stable currency trading market through a 0.01% first-level fee, and Curve is also trying to enter the cross-asset trading market through various innovations. In addition to the main stable currency exchange, Curve has also made a lot of efforts in cross-asset transactions. Curve has cooperated with Synthetix to launch a cross-asset trading function. For example, when exchanging DAI to WBTC, DAI will first be exchanged for sUSD in Curve, and then sUSD will be exchanged for sBTC through synthetic asset trading in Synthetix, and then in Curve Convert sBTC to WBTC. As the market value of SNX is gradually decreasing, the liquidity of synthetic assets is limited, and large-value transactions are limited by the liquidity of synthetic assets such as sUSD in Curve.

Curve’s tricrypto2 pool has also accumulated more than $470 million in liquidity, with USDT, WBTC, and WETH each accounting for about one-third, and the current transaction fee ratio is 0.069%, providing a low price for the top three tokens by market value. Trading methods with low fees and low slippage. 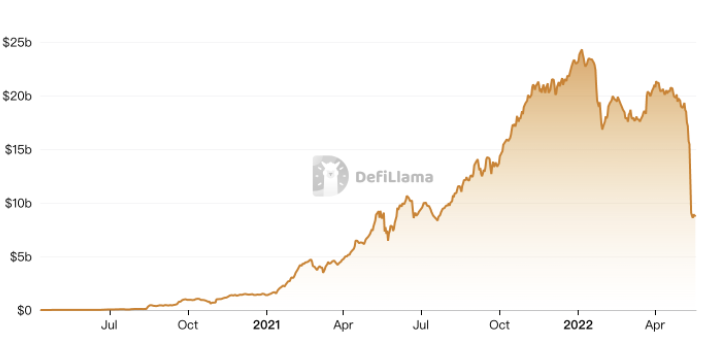 Bancor’s white paper was released in February 2017, and it is the inventor of liquidity pools, creating the earliest AMM DEX on the market. Beginning with Bancor V2, support provides unilateral liquidity and impermanence loss compensation.

Bancor’s original vision was to provide long-tail assets with liquidity tied to BNT, so Bancor is similar to Uniswap V1 in terms of products. Before Bancor 3, all tokens could only be paired with BNT. Today, when the utilization rate of funds is getting higher and higher and transaction fees are getting lower and lower, it is out of date that all transactions need to be completed through the intermediate token BNT.

In May of this year, Bancor 3 went live, introducing a new Omnipool architecture that integrates the liquidity of all tokens into a single virtual vault, which can reduce gas costs and improve efficiency, and transactions are conducted in the optimal transaction path without Then you must pass BNT. Liquidity in Bancor is currently $620 million, down 74.4% from $2.42 billion on May 10, 2021.

Synthetix was born out of the original stablecoin project Havven, which changed its monetary policy in February 2019. Yearn founder Andre Cronje once tweeted that “Kain and Synthetix invented liquidity mining”. Synthetix founder Kain responded that his inspiration came from Livepeer and Fcoin. At that time, there was no term “liquidity mining”, but it was called “LP reward system”.

Synthetix is ​​a synthetic asset protocol. It mainly uses over-collateralized SNX tokens to synthesize forward or reverse encrypted assets, indices, stocks, etc. The most important synthetic asset is the stable currency sUSD. The issuance of sUSD was 98.7 million, a 12.1x increase from 7.53 million two years ago, and a 70% decrease from the high of 329 million on August 25, 2021.

Yearn is a product of liquidity mining. It was launched in July 2020, creating a model for the fair distribution of tokens. Yearn is also a representative project of revenue aggregators. By pooling user funds, participating in liquidity mining in protocols such as Curve, and extracting a part of the performance fee from mining revenue as protocol revenue. Yearn locks a certain amount of CRV tokens, so participating users can get a higher rate of return than self-mining, and can also save gas fees for reinvestment. 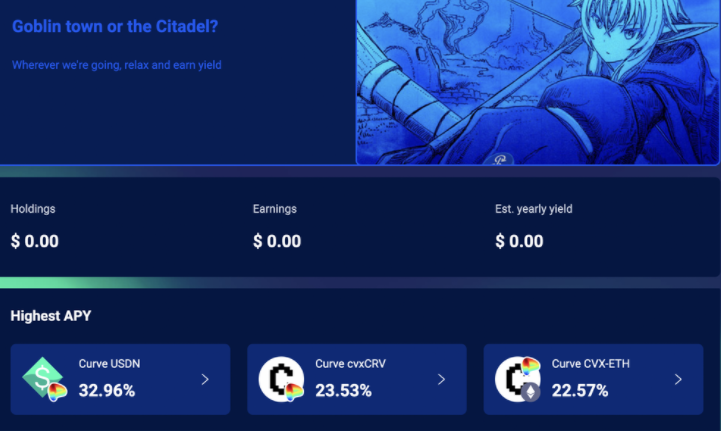 Due to the entry of competitors such as Convex, and liquidity mining has gradually lost its attractiveness due to the decline in yield, the risk-free yield of DeFi composed of Curve 3pool, Aave V2 USDC deposits, and Compound USDC deposits has fallen to around 1% , Yearn’s market is gradually shrinking.

Yearn’s earnings are affected by the size of funds under management, with its current TVL of $1.19 billion, down 82.8% from its December 4, 2021 high of $6.91 billion. Yearn has been in the red since the beginning of the year because of the decline in revenue but still incurring operating expenses each month.

After the market crash on March 12, 2020, MakerDAO aggressively expanded backed collateral. There are now 4 DAI minting methods supported in MakerDAO: over-collateralization; anchoring and stable module; real asset mortgage; direct deposit module. Among them, DAI minted through the anchoring stable module accounts for nearly half of the total amount of DAI, which provides sufficient exit liquidity for DAI, and also makes DAI and centralized stablecoins closer and closer.

As a stablecoin soft-pegged to $1, DAI rarely disappoints when it comes to price stability, with few prolonged periods below $1. In the extreme market crash on March 12, 2020, there was a 10% premium, after which more collateral was added, and the anchoring and stability module was introduced. Even if there is an extreme market in the future, this situation will hardly will reappear.

At present, DAI is the largest decentralized stablecoin by market value, with a circulation of 6.76 billion, a decrease of 34.9% compared with the high of 10.38 billion on February 15, 2022, and an increase of about 51 times compared with 129 million two years ago.

Formerly known as EthLend, it raised financing in 2017, announced the launch of the Aave brand in 2018, and launched a forced liquidation mechanism in the second quarter of 2019, and has undergone several upgrades since then. The latest Aave V3 improves the liquidity and capital efficiency of user assets across networks. Aave V3 has been deployed on Polygon, Fantom, Avalanche, Arbitrum, Optimism, Harmony and several networks. Today, Aave’s business is still concentrated in the Aave V2 of the Ethereum main network, Avalanche, and Polygon, and the deposits of Aave V3 in each network are less than $100 million. Aave V2 currently has $12.56 billion in total deposits across networks, $3.6 billion in total borrowing, and $8.96 billion in TVL. Total deposits fell 60.2% from the peak of $31.59 billion on October 26, 2021, and increased 161 times compared to two years ago.

Compound was launched in September 2018 and is one of the earliest DeFi projects. After that, it launched a governance token in June 2020, and started the boom of “liquidity mining” through “lending as mining”.

However, Compound lacked innovation in the follow-up development, and did not seize the opportunity of multi-chain development. Compound Chain has not been officially launched, and it was gradually opened up by Aave.

There have also been some minor problems during the operation of Compound. For example, on November 26, 2020, the price of DAI on Coinbase Pro rose to $1.34, which caused abnormal fluctuations in the price of Compound’s oracle machine, causing more than $80 million in encrypted assets to be forced to liquidate . On September 30, 2021, after Proposition 62 was passed and implemented, there was a bug in the contract that caused COMP tokens that should have been distributed slowly to be mis-issued, affecting about 280,000 COMP, worth $80 million at the time. 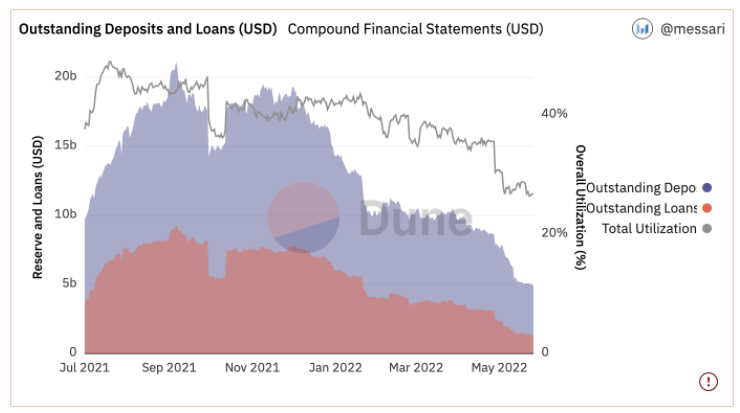 Today, Compound has about $5.62 billion in deposits, $1.29 billion in borrowings, and $4.33 billion in TVL. Although the scale of the lending market is large, the number of unique users is not large. According to Dune Analytics data, in the past 30 days, Compound has an average of only 78 depositors and 24 borrowers per day. The income of the Compound protocol comes from the interest difference between deposits and loans. The more loans and the higher the interest, the higher the return of Compound. The current borrowing volume is 86.1% lower than the peak of 9.31 billion US dollars on September 6, 2021. %.

Following the launch of the governance token, the implementation of liquidity mining has pushed both dYdX trading volume and open interest to new heights. However, as the price of the DYDX token fell, the trading volume was trending downward.

The well-developed DeFi projects Uniswap, MakerDAO, Aave, etc. have a history of many years, and the moat brought by the brand effect enables them to maintain an advantage in the face of competition from forked projects.

Only continuous innovation can better occupy the market. For example, Uniswap and Curve have increased the core functions of transactions and further enhanced their competitiveness. Multi-chain development has become a trend to help well-known projects expand the market.

Even though the data of DeFi has fallen sharply recently, compared with two years ago, the overall TVL, Uniswap monthly transaction volume, Aave deposits and other data still have a hundred-fold increase.