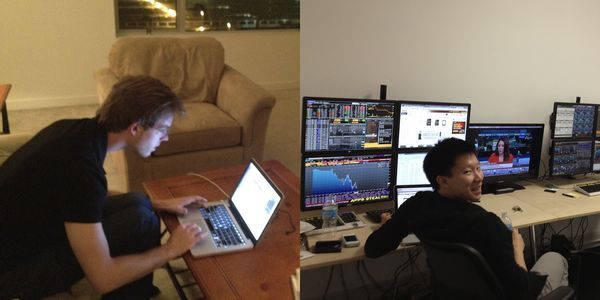 After five weeks in hiding, Three Arrows founders Su Zhu and Kyle Davies spoke to Bloomberg at an undisclosed location.

They talked a lot of inside information and regretted their crypto journey. They admitted that Three Arrows had a systemic failure in risk management, and that credit liquidity had been greatly affected due to wrong bets. The pair, however, declined to say where they are currently, but a lawyer on the call said their final destination was the UAE.

Su Zhu, 35, and Kyle Davies have been friends since high school. They have teamed up to build Three Arrows Capital into a behemoth in the cryptocurrency world. However, due to poor speculation and leveraged trading, Three Arrows eventually caused a domino-like explosion – with the collapse of Three Arrows, a series of chain reactions occurred: creditor bankruptcy, cryptocurrency market sell-off, for Bitcoin and other cryptocurrencies Currency holders incur huge losses.

On their way to Dubai, the pair called it a “regrettable rout”.

Recently, a court in the British Virgin Islands ordered the liquidation of cryptocurrency hedge fund Three Arrows Capital, whose creditors say they are owed more than $2.8 billion in unsecured claims. That number is expected to rise sharply, court documents show. To date, liquidators overseeing the bankruptcy have controlled assets worth at least $40 million.

Su Zhu and Kyle Davies have long been the most well-known cryptocurrency bulls, yet, fueled by leverage, they have put Three Arrows at the center of the storm one step at a time. Three Arrows Capital is in trouble as the cryptocurrency collapses. “We position ourselves in a market that will not crash in the end,” said Su Zhu, adding: “We stubbornly believe that the cryptocurrency market will always improve, and we put all, almost all assets in Put it at Three Arrows. Then, in good times, we do our best, but in bad times, we lose the most.”

At the same time, Su Zhu and Kyle Davies believe that they are not the only ones with problems in the market. Poor market conditions, interconnected one-way bets and loose lending strategies have led to the bankruptcy of companies such as Celsius Network and Voyager Digital. Su Zhu said:

It’s not just us, companies like Celsius have problems, it’s not surprising, we have our own capital, we have our own balance sheet, but we also take deposits from these lenders and we generate income for them. So if we’re in the business of taking deposits and then generating income, then you know, that means we end up doing things like that.

Clearly, Su Zhu and Kyle Davies are passing the buck, knowing that they have been heavily touting cryptoassets before.

Just this week, news broke that Su Zhu paid a down payment for a $50 million yacht before Three Arrows collapsed, but the news sparked Su Zhu’s displeasure and called it slander. Su Zhu explained:

The boat was bought over a year ago, commissioned and used in Europe, and the yacht has full funding.

Su Zhu denied claims he lived a luxurious life, noting that he commutes by bicycle every day and that his family “only has two suites in Singapore”. 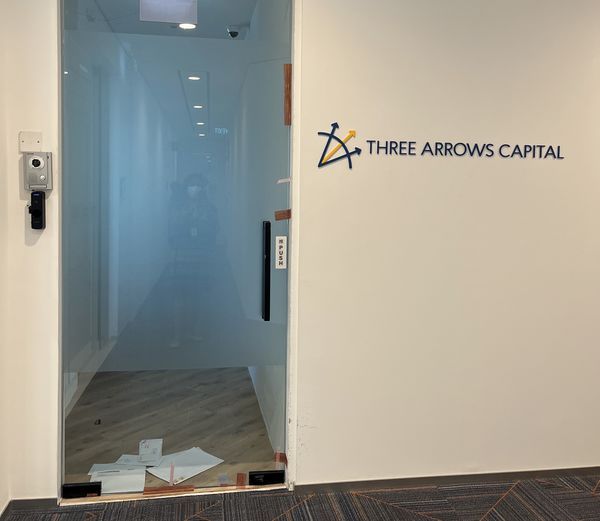 “We’ve never spent a lot of money at any club. You know, we’ve never seen me drive a Ferrari and Lamborghini and I think this smearing of us just comes from the classic script, you know, when this kind of thing When it happens, when there’s a thunderstorm, those are the headlines that people like to watch.”

The “tragedy” caused by Luna

What we didn’t realize was that LUNA was able to go to almost zero in a matter of days, which would trigger a credit crunch across the industry and would also put a lot of pressure on all of our illiquid positions, in retrospect, Three Arrows Capital may have had a similar relationship with Terra’s Founder Do Kwon got too close.

“When Do Kwon moved to Singapore, we started getting to know him directly. And we just thought the project would do something really big, and it was already doing well.” Su Zhu admitted that he misjudged LUNA, “LUNA was too good at first. Well, you know, it’s too big, too fast. It’s very much like a long-term capital management opportunity for us, other people have these kinds of deals, we all think it’s good, LUNA is growing too fast. “

“One of the transactions” involved stETH — which aims to release liquidity from staked ETH and is widely used in DeFi. Each stETH can be exchanged for one ETH once the long-awaited upgrade to the ethereum blockchain goes into effect, but the turmoil caused by the Terra crash caused its market cap to drop below normal levels, and other investors were selling for risk. Su Zhu further stated:

When LUNA first happened, it was very much like a contagion, and people would say, well, does anyone also use long-term pledged ETH instead of liquidating ETH as the market goes down? The entire industry is looking for these valid positions, but in the end they are all hunted.

Still, Three Arrows was able to continue borrowing from large digital asset lenders and wealthy investors in the early days of the market crisis — until they blew themselves up.

After LUNA’s defeat, Su Zhu said the lenders were “satisfied” with Three Arrows’ financial position and even allowed them to continue trading “as if nothing went wrong” — as court documents now show, many of these loans only required Very small amount of collateral.

So I just think, during that time, we continue to be business as usual. But when Bitcoin fell from $30,000 to $20,000, it was very painful for us, and that was the final nail in our coffin. If we play more of the game, we’re going to see that the credit market itself is a cycle, you know, we might not be able to get extra credit when we need it.

The Grayscale Bitcoin Trust (GBTC) is a closed-end fund that allows those who cannot or do not want to hold bitcoin directly to buy shares invested in their fund. For a while, GBTC was one of the few U.S.-regulated cryptocurrency products, so it had its own market and was so popular that it was always trading above the value of its Bitcoin holdings on the secondary market .

Grayscale, on the other hand, allows large investors like Three Arrows Capital to buy stocks directly by handing them Bitcoin, and these GBTC holders can then sell their holdings to the secondary market. That premium means that any sale can be a handsome profit for big investors. The last filing to the regulator in late 2020 showed that Three Arrows was the largest holder of GBTC, holding a position worth $1 billion at the time.

There’s one snag to the strategy, though: Shares bought directly from Grayscale have a six-month lock-up period. This limitation has been an issue from early 2021, and as GBTC’s price has slipped from premium to discount — a stock worth less than the bitcoin that backs it — the product has had to face more drastic changes from other similar products competition. As the months passed, Three Arrows suffered as GBTC traded at a steeper discount and the so-called GBTC carry trade no longer worked (especially hurting investors who were using leverage to try to improve returns). 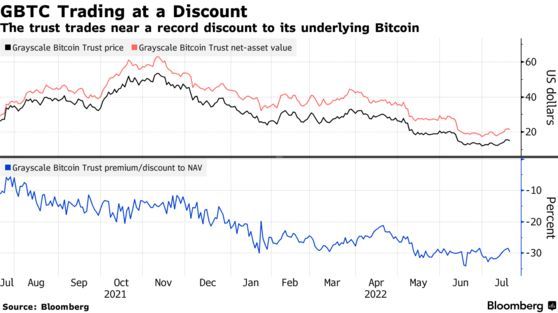 Part of the reason for investing in GBTC is their herd mentality, as Su Zhu and Kyle Davies tell:

The profits were huge at the time, we managed to do it in the right window, and then like everyone else, we started losing money and it went negative. Our trust is discounted, and the discount is far greater than anyone imagined.

There is never an investment without risk.

When answering “What’s wrong with Three Arrows Capital”, Su Zhu said that the bull market for many years has made him overconfident in the market. This bull market has not only injected into the thinking of him and Kyle Davies, but also injected almost cryptocurrencies into the market. Every credit infrastructure service provider in the industry.

Su Zhu said: “You always need to have a sense of the field you are entering – when choosing an investment, you need to distinguish whether it is risky or not. For us, if you visit our website, we always have a lot of information about it. Disclaimer of cryptocurrency risk, we have never marketed ourselves as risk-free.”

When the cryptocurrency market first started to slide in May, he said, “We met all margin calls, so we felt that people should understand that there was risk. When we do well, lenders benefit greatly and they can Say, look, I’m making $200 million a year from Three Arrows’ lending business, 10x. But now, it’s the exact opposite.”

Currently, Su Zhu and Kyle Davies are on their way to Dubai, and Su Zhu hopes to take a step by step and liquidate through his private assets. Su Zhu revealed that some people in the cryptocurrency industry even made death threats to them, so now they want to ensure their personal safety and keep a low profile, “this is good for everyone.”

Given that we plan to move operations to Dubai, now have to go there as soon as possible to assess whether we can move the company there as originally planned, or if there are other ideas in the future, but the current situation is very fluid, the main focus is to creditors make repayments.

(The above content is excerpted and reprinted with the authorization of our partner MarsBit, original link | Source: Odaily Planet Daily)

This article was interviewed for the first time by the founder of Three Arrows, “Shenyin One Month”: We did the best and lost the most.